Discovering the Presence of Convective Transport: An Artiphysiological Moment in Time

I would like to thank Drs. Todd Ing and Paul Malchesky for inviting me to contribute a second editorial to the Artificial Organs “Pioneer” Series. My first contribution was based on my longstanding interest in the clinical problems of hypotension/hypertension during hemodialysis (HD) 1. This second article focuses on the historical recounting of a technical contribution to the “artiphysiology” of maintenance dialysis made in 1966, some 50 years ago. It comes off as a bit self-congratulatory, and for that I apologize in advance.

Working as a renal fellow for John P. Merrill, MD at the Peter Bent Brigham Hospital in 1961–1963, my individual laboratory project involved measuring transport across the small intestinal wall of a rat employing a Ussing chamber (Fig. 1). This technology can detect and quantify transport and barrier functions of living tissue by measuring the short-circuit current across the suspended epithelium. The Ussing chamber was invented by the Danish zoologist and physiologist Hans H. Ussing in 1946. 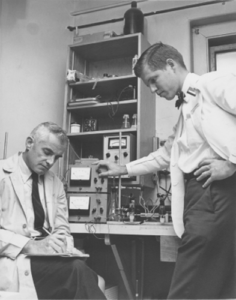 My clinical functions at the Brigham were much the same as other Merrill fellows in learning the pathophysiology of renal diseases and treating acute renal failure patients. Hemodialysis (HD) using the complex Kolff–Brigham rotating drum artificial kidney was just giving way to the simpler twin coil device or the newly described (also 1946) technique of peritoneal dialysis (PD) 2. I will not address the detailed historical evolution of either HD or peritoneal PD as this material is readily available in the noteworthy books by Ing et al, Boen, Cameron and others 3–5.

While my Ussing chamber study was never published, it engaged my continuing interest on detailed membrane performance under varying conditions of physiologic and/or “artiphysiologic” stress. This interest persisted as I moved to become a junior faculty member of the University of Pennsylvania renal division (then called the Chemical Section) in 1964. The availability there of a Clinical Research Center run by my friend and mentor Lewis W. Bluemle, MD permitted me to examine the movement of solutes and water across the peritoneal membrane on an exchange by exchange basis. Most importantly, it permitted me to make and clinically employ PD fluid with a solute content of my own design.

During the 1960s, conventional wisdom regarding renal replacement technology was driven by the exemplary work of Wolf et al. for HD 6 and Boen for PD 7 that regarded “dialysis” as a process driven solely by concentration differences across the membrane being used, that is, diffusion. Solutes such as urea, creatinine, and uric acid moved down their concentration gradient from plasma water to the dialysis fluid circulated by the membrane. Movement of excess body water into the dialysis fluid was driven either by the difference in osmolality between plasma water and the dialysate (rotating drum HD, PD) or by the pressure differential operating across the dialyzer membrane (twin coil HD). Water movement was thought to have little or no engagement in trans-membrane solute transport except as the ultrafiltered water might enhance the solute diffusion gradient.

In order to measure the clinical impact of these new dialysis techniques, the “artiphysiologist” had turned to the concept of clearance that physiologist Dr. Homer Smith had used to measure the native kidney’s ability to cleanse the blood, that is, the glomerular filtration rate (GFR) 8 (see Eq. 1. of the appendix).

Physiologists measured renal clearance by using the injected solute inulin to measure the GFR. This 5200 D water-soluble molecule was considered to be the “gold standard” for measuring GFR in the native kidney. The clinician, however, more commonly used creatinine as it was an endogenously generated solute with such minor tubular transport characteristics that its renal clearance closely approximated that of inulin.

But for the artiphysiologist, urea was the solute of common choice for measuring the clinical efficacy of a dialysis. Urea (60 D) was endogenously available and easily measured in drawn blood and, in spite of its low molecular weight, there was no worry about tubular reabsorption with dialysis. At the time, two clearance equations were commonly used to calculate clearances for HD (Chd) and PD (Cpd) (Eqs. 2. and 3. of the appendix). Note that by design they are closely similar (arithmetically) to the renal clearance equation (Eq. 1.).

In 1966, when considering these commonly used equations for quantifying the clinical impact of renal replacement therapy, several points of difficulty were apparent as to why similarly measured values for Chd, Cpd, and kidney clearance (Ck) would likely reflect a different clinical outcome for the patient. Or, if you will, a conflict between “physiology” and “artiphysiology.”

Second, for physiologists, the value of P for the solute cleared by the native kidney remains reasonably constant during the course of the measurement. For example, during the 24 h used to collect a urine sample for the clearance measurement, plasma creatinine concentration changes little. Not so for artiphysiologists where plasma creatinine concentration falls with treatment time on both HD and PD. Further, the value of Chd for urea over an approximately 4 h twin coil HD remains nearly constant unlike Cpd which declines during the course of each PD exchange. Said another way, Cpd is a time averaged clearance while Ck and Chd reflect a point of time measurement 9.

While Chd and Cpd proved useful in providing quantification of a given dialysis procedure for a given patient, they had their limitations; specifically when used to contrast different blood cleansing techniques such as HD versus PD, or for different durations of treatment, that is, 4 h versus 8 h for the same technique 9.

It is historically noteworthy that in 1966, blood cleansing by glomerular filtration was well understood in the physiological world to be a convective transport process different from passive transport across capillary membranes elsewhere in the body 11, 12. This concept of convective transport, however, had not as yet entered the domain of artiphysiology. As an aspiring artiphysiologist, it was logical to compare the performance of current technology with the glomerular membrane of the divine prototype.

Work by numerous artiphysiologists dating back to the 1950s had clearly identified the ability to reduce total body water in animals and man with the artificial kidney. Ultrafiltration was induced by either an osmotic or hydrostatic pressure gradient to achieve ultrafiltration across the membrane. However, the impact of ultrafiltration on solute transport was not identified in these studies 5–7, 13, 14.

The identification of convective solute transport in conjunction with water removal awaited an experiment using the peritoneal membrane in 1966. In this study, end-stage renal failure patients being maintained on chronic PD were studied on an in-patient basis at the University of Pennsylvania.

In the first phase of this experiment patients underwent PD with conventional solutions and technique and the amount of urea removed by a 1.5% dextrose exchange was measured in the effluent dialysate. This was then compared in the same patients, but now using 7.0% dextrose. The measured urea clearance (Eq. 3.) showed that the 7% dextrose exchanges cleared 38% more than the 1.5% dialysate (P < 0.01) 15. There are numerous potential explanations for this significant increase. For example, osmotic irritation of the peritoneal membrane with increased splanchnic blood flow; water movement into the peritoneal space enhancing the diffusion gradient; alteration of the mean pore radius of the capillary/peritoneal membrane. However, all of these explanations are based on the assumption that diffusion is the operative driving force for solute movement 15.

The second and most crucial phase of the protocol involved using the same patients, but placing urea in hypertonic dialysate at values equal to or slightly higher than its concentration in the patient’s plasma just prior to the exchange. The urea present in the drained dialysate was measured as before and its clearance calculated (Eq. 3.). Examination of the urea content of the diffusion blocked hypertonic dialysate showed there to be significant net transport of urea into the dialysate from the blood in spite of the lack of a driving gradient for diffusion. The 38% enhanced clearance noted with hypertonic dialysate in the first phase of the experiment was amply explained by the amount of urea retrieved from the diffusion blocked second phase of the experiment.

This non-diffusional transport was ascribed to “solvent drag” or the frictional forces exerted on the urea molecule by the stream of water moving through the porous peritoneal membrane from blood to dialysate. In 1955, the physiologists, Ussing among them, had already identified solvent drag as the relevant force for this non-diffusional transport 16. However, this was the first experiment by an artiphysiologists to identify this force, in operation, as an integral part of blood cleansing by dialysis 15.

Subsequent work showed convective transport also occurred across non-biological membranes such as cellulose acetate commonly used for hemodialysis. In 1966, the available membranes used for hemodialysis were identified as being far more restrictive in pore structure (higher sieving coefficient) when compared with the glomerular basement membrane. This prompted deliberate exploration of synthetic membranes manufactured to have a higher mean pore radius that yielded higher hydraulic permeability and less solute restraint on the basis of molecular size.

The launch of “diafiltration” (aka hemofiltration) as a new form of artificial kidney proved to be the next event in the artiphysiologic exploration of this newly discovered convective solute transport 17. There continues to be a lively evolution of hemofiltration technology in an attempt to mimic the performance of the human glomerulus. 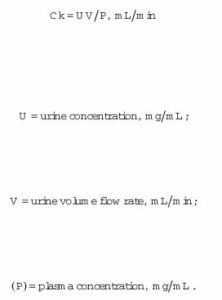 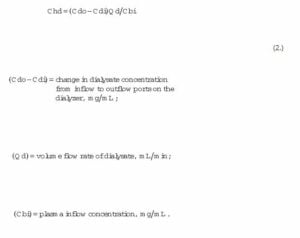 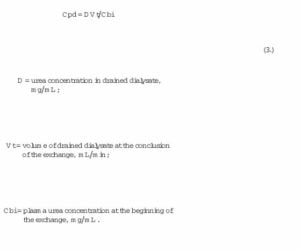