The Fatal Interplay of Aluminum and Citrate in Chronic Renal Failure: A Lesson From Three Decades Ago 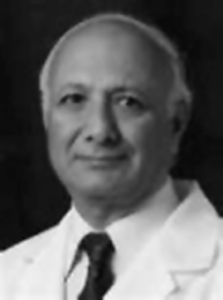 The most dramatic episode in my entire nephrology career of nearly four decades occurred at Cook County Hospital of Chicago (now John Stroger Hospital) between April and September 1985 when four patients with chronic renal failure died within 3 weeks after the onset of acute encephalopathy that culminated in circulatory collapse 1.

Two of the patients had not yet started dialysis and two had been receiving the treatment for 1 month. They presented with inattention, dysarthria or mutism, obtundation, myoclonic jerks proceeding to generalized uncontrollable convulsions and coma. The condition eventuated in circulatory failure, shock unresponsive to vasopressor drugs and death.

I was at a loss for a diagnosis until I received the serum aluminum values, which were astoundingly high; 380, 610, 780, and 1140 μg/L (divide by 27 to convert to micromoles/L). Electroencephalograms of the four patients showed a pattern akin to that of the dialysis dementia caused by high dialysate aluminum content from the 1970s. Results of spinal fluid analysis, computerized axial tomography, and magnetic resonance imaging of the brain were not remarkable. Treatment with dialysis, charcoal hemoperfusion, and chelation with desferroxamine failed to save the patients.

These four patients were taking aluminum hydroxide (Amphogel) as a phosphate binder, but so were the other 34 pre-dialysis end-stage renal disease (ESRD) patients we followed that year, as well as the hundreds others we had treated in previous years, none of whom had exhibited this neurologic syndrome. In my search for the cause of such severe hyperaluminemia, I noted that the four patients were also taking Shohl’s solution, a mixture of sodium citrate and citric acid given for the treatment of mild metabolic acidosis, so I speculated that the citrate must have enhanced the intestinal absorption of aluminum. Hurriedly searching the literature I discovered the work of Slanina et al. showing that rats fed aluminum citrate had higher brain and bone aluminum than those fed aluminum hydroxide 2, 3.

We then immediately studied the other pre-dialysis ESRD patients seen that same year 4. They fell into four groups: 7 patients had not taken aluminum hydroxide or citrate; 5 were taking only citrate; 12, aluminum hydroxide only; and 10, aluminum hydroxide plus citrate. The four encephalopathic patients constituted the fifth group and had significantly higher serum aluminum levels than each of the other four groups, were older and had taken more aluminum. Serum creatinine values were comparable among the five groups. Serum aluminum levels were not different among the first three groups but significantly lower than Group 4 patients (aluminum plus citrate). A multivariate regression analysis of all 38 patients showed that serum aluminum values correlated positively with older age, the dose of aluminum ingested, and the concomitant intake of citrate and aluminum. The positive relationship between age and serum aluminum levels was interesting in view of the finding of increased brain aluminum in some elderly people 5 and the questions often raised about aluminum’s role in degenerative brain diseases 6.

We concluded that citrate had facilitated the intestinal absorption of aluminum, thus causing the high serum aluminum levels in the patients who took the combination and the fatal encephalopathy in the four index patients. We recommended that citrate should no longer be given, that aluminum dose be curtailed, that dietary phosphate restriction emphasized, and that alternative phosphate binders such as calcium carbonate prescribed. We never saw another case of this encephalopathy after we stopped prescribing citrate 1, 4, 7, 8.

It was later shown in the rat proximal jejunum that aluminum absorption is diminished by agents that block the paracellular pathway, and enhanced by removing calcium from the medium, a maneuver known to open the epithelial cell tight junctions 13. Aluminum citrate, but not aluminum chloride or normal saline, enhances the paracellular aluminum flux. Sodium citrate and aluminum citrate, but not aluminum chloride or lactate, cause a marked chelation of extracelluar calcium and decrease the trans-epithelial electrical gradient of rat proximal jejunal cells, indicating that citrate, by chelating calcium, opens the epithelial tight junctions and allows the paracellular movement of aluminum 14.

Citric acid (MW 192) is tricarboxylic, and aluminum, being polyvalent and of small ionic radius, has great affinity for citrate, links to its three carboxyl groups and forms a more soluble one-to-one hexa-coordinate complex, which constitutes part of the dietary aluminum we consume 15, 16. This interaction of aluminum and citrate renders aluminum compounds more soluble over a wide pH range, an important point as aluminum is absorbed in the proximal jejunum. In vitro experiments showed aluminum hydroxide, aluminum chloride, aluminum lactate and sucralfate to be moderately soluble at a pH of 3, but they become almost insoluble at a pH of 6; the addition of citrate, however, markedly increases their solubility at the higher pH range of the proximal jejunum. Aluminum citrate is 90% soluble across the pH range from 3 to 7 11, 17–21.

I must add in this context that other conditions beside citrate and old age may cause hyperaluminemia in patients with chronic renal failure; these are diabetes mellitus 22, gastric hypoacidity induced by H2-blockers 23, possibly poor food intake and impairment of the gastric mucosal barrier by angiodysplasia or inflammation. Even today I often encounter chronic renal failure patients who have been prescribed sucralfate, simethicone, or aluminum-containing antacids, a practice to be discouraged.

Aluminum in the plasma is usually bound to transferrin, but upon a sudden large influx it is picked up by folate and citrate. Citrate would then act as an aluminum carrier, escorting it to sites far less accessible to transferrin-bound aluminum, such as the blood-brain barrier 24 and the blood-–bone interface 25, thus possibly facilitating encephalopathy and osteomalacia.

Hence, our original description of the acute fatal aluminemic encephalopathy associated with the concomitant intake of aluminum and citrate prompted other investigators to confirm our findings and undertake more basic research in the field of aluminum–citrate interaction. This led to the prompt cessation of citrate use in patients with chronic renal failure, the rapid abandonment of aluminum compounds as phosphate binders and their replacement by calcium-based compounds, which are now being displaced mainly by sevelamer. It remains to be seen if these latter agents, as well as lanthanum and iron-based binders will be free of long-term adverse effects.

Dr. Bakir graduated from the University of Baghdad Medical College in Iraq in 1968. He served as Second Lieutenant Physician in the Iraqi Army Reserve Corps, did a rotating internship at the Medical City Hospital, the teaching facility for the Medical College, then worked in the UK. He completed his medical residency at Cook County Hospital (CCH), now John Stroger Hospital, in Chicago, and did a renal fellowship at Presbyterian St Luke’s Hospital under Dr. Edmund Lewis and became board certified in nephrology. He then joined Dr. George Dunea as an Attending Physician in the Division of Nephrology at CCH and became Director of the Dialysis Unit at the hospital. He was inducted as Fellow of the American College of Physicians. He was very active in the renal fellowship program at CCH, which was affiliated with the University of Illinois Medical College at Chicago (UIC) under the chairmanship of Dr. Jose Arruda. He became Senior Physician at CCH and was later promoted to Professor of Medicine at UIC in May 1997.

During his years at CCH Dr. Bakir was a pioneer in reporting that focal segmental glomerulosclerosis was the most common cause of the primary nephrotic syndrome in adult African Americans, that the nephrotic syndrome from membranoproliferative glomerulonephritis-like lesions, which he termed “sickle glomerulopathy” in patients with sickle cell anemia heralded a poor survival prognosis for affected patients, that aluminum-citrate interaction caused an acute fatal encephalopathy in patients with chronic renal failure, and that severe segmental, crescentic and diffuse proliferative lupus nephritis augured very poor renal prognosis for African Americans. He also described many cases of renal shutdown from accelerated hypertension in African Americans, half of whom recovered much renal function in an average of 6 weeks, so he discouraged early renal transplantation for the patients he characterized as likely to recover. He has lectured extensively at Grand Rounds, Continuing Medical Education, and invited colloquia, and given visitor lectures in South Africa, the Middle East, and Shanghai, China.