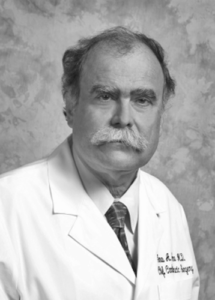 The quest for the ideal method of myocardial protection started in the early days of cardiac surgery. This narrative is an introspection of a lifetime career dedicated to the pursuit of protection of the different organs of patients undergoing major heart surgery. Myocardial protection, as we know, began with the introduction of hypothermia by Bigelow at the University of Toronto in 1950 1. At about the same time, Melrose et al. introduced the concept of chemical cardioplegia into cardiac surgery 2. Gott et al., working at Lillehei’s laboratory at the University of Minnesota, demonstrated the beneficial effects of continuous retrograde normothermic blood cardioplegia in dogs 3, leading to what is currently known as “warm heart surgery.” Subsequently, they used a very high potassium cardioplegic solution to arrest the heart, which led to severe myocardial damage, causing abandonment of normothermic potassium cardioplegia. Hypothermia continued to dominate the field of myocardial protection and played a major role in the history and the development of the specialty. Concern for the possibility of an accident during cardiopulmonary bypass (CPB), such as pump failure, was the underlying reason for the widespread use of systemic hypothermia. Despite all efforts, cardiac surgeons continued to experience difficulties with myocardial protection in patients with severely hypertrophied hearts, such as those of aortic stenosis. Later, Gay and Ebert 4 introduced crystalloid cardioplegia, followed by the development of cold intermittent blood cardioplegia by Buckberg et al. 5, both milestones in the field. My interest in myocardial protection began at McGill University in 1984. Initially, perfluorocarbon was used in order to improve the ability to deliver oxygen to distal areas of the hypertrophied pig hearts 6. Subsequently, we started using antegrade continuous cold blood cardioplegia in order to achieve better results in coronary artery bypass surgery. There were drawbacks with this technique, such as distention of the heart and the presence of blood in operative field. However, clinically, these patients seemed to do better. Similar findings had been reported by Dr. Bomfim et al. from Sweden, a fact that we discovered prior to our publication, and appropriate credit was given to that group 7. Continuous antegrade cold blood cardioplegia became the standard modality of myocardial protection and dominated our clinical and basic science research at St. Michael’s Hospital in Toronto. Looking back, it is ironic that in the same university, both hypothermia and later normothermia were developed.

Subsequently, Buckberg et al. introduced resuscitative methods for the injured heart by induction with warm blood cardioplegia (with aspartate and glutamate) after aortic clamping, followed by a period of cold blood cardioplegia ischemia, then terminal warm infusion with substrate enhancing solution (“hot short”) prior to aortic unclamping 8, 9. During one of my weekly laboratory seminars, attended by all basic science researchers in my laboratory, it was questioned why could we not use continuous warm blood cardioplegia during the entire period of aortic clamping, thereby resuscitating the heart while repair was being conducted. Gradually, we began to increase the systemic and cardioplegia temperatures in patients, attempting to achieve maximal myocardial preservation with minimum or no ischemic period. This concept of continuous normothermic blood cardioplegia was presented by Dr. Anthony Panos at the Oxford meeting in 1990 10 and generated great enthusiasm among cardiac surgeons, gaining popularity as an alternative method of myocardial protection 11, 12. A paradigm shift was beginning to occur from hypothermic to normothermic conditions during CPB 13.

Continuous warm blood cardioplegia via the antegrade route posed many challenges, including profuse bleeding from the opened coronary artery, which interfered with visualization and precision during construction of distal anastomoses. This was overcome with the introduction of retrograde warm blood cardioplegia, where blood present in the arteriotomy was venous, and at a lower pressure. Hemodilution, initially a major problem due to large volume of cardioplegia administered, was avoided by the development of cardioplegia delivery systems that delivered blood with potassium at varying proportions of crystalloid solution.

As with any other technique of myocardial protection, there would be a progression of evolution in thinking. Myocardial ischemia and injury may not be entirely prevented by retrograde warm blood cardioplegia. In animal models (pigs with hypertrophied hearts), retrograde myocardial perfusion alone caused inadequate and uneven myocardial protection 14. Myocardial oxygen debt is time dependent, and tissue lactic acidosis takes place, despite mechanical quiescence. At the University of Toronto, State University of New York, Buffalo, and then the University of Miami/Jackson Memorial Hospital, the technique was further refined by omission of potassium from the perfusate, thereby maintaining the heart in a continuously perfused beating-empty state, in normal sinus rhythm throughout valvular, coronary artery surgery, aortic root operations, and other procedures 15. There are several advantages of the technique, such as ability to continuously perfuse the heart, direct monitoring of the myocardial well-being, performance of surgery in a more physiologic state, less hemodilution and hyperkalemia, and avoidance of ischemia-reperfusion injury. Beating heart techniques may prove to be of greatest benefit in high-risk patients, such as those with poor left ventricular function, who require complex and multiple valve surgery. Other groups including Matsumoto et al. from Japan 16 and Gersak from Slovenia 17 have recently published randomized series with beating heart surgery with satisfactory outcomes similar to ours.

Hassanein et al. 18 from Boston extended the concept of beating heart techniques to myocardial protection during heart transplantation. A paradigm shift is currently under way from standard hypothermic storage of donor hearts after cardioplegia administration to beating donor heart preservation. This allows for physiologic perfusion of the heart, facilitating distant procurement, thereby increasing the pool of available organs 18. A multicenter trial is currently on the way in the United States, using a portable beating heart perfusion device. This may represent another milestone of beating heart technique for myocardial protection in heart transplantation.

More recently, we focused our attention to pulmonary protection during CPB. Why have cardiac surgeons not perfused/ventilated the lungs during CPB? Should they? The majority of surgeons were not trained in lung perfusion, and most would say that, for short CPB runs, results are excellent. Furthermore, perfusion of the lungs leads to blood in the operative field and decreases surgical precision. However, postoperative pulmonary dysfunction, respiratory failure, prolonged intensive care unit stay, and increased mortality, especially in patients with limited pulmonary functional reserve, are the consequences of poor lung protection during CPB. Cessation of perfusion/ventilation to alveoli leads to pulmonary endothelial damage (ischemia-reperfusion injury), increased vascular permeability, edema, and hypoxia 19. We recently introduced a strategy for pulmonary protection during CPB based on maintenance pulmonary function—ventilation and perfusion. Discussed in detail elsewhere 19, 20, the technique consists of a side catheter derived from the ascending aortic cannula inserted into the main pulmonary artery with continuous perfusion and ventilation with 50% air–oxygen mixture at tidal volumes of 4 mL/kg of ideal body weight, frequency of six breaths per minute, and positive end-expiratory pressure of 5 cm H2O. Outcomes of a clinical trial will be forthcoming; however, preliminary data demonstrate improved postoperative pulmonary function and early extubation times, with considerable number of patients being extubated in the operation suite.

Based on the same principles, the Toronto group recently introduced into lung transplantation the use of normothermic ex vivo lung perfusion and ventilation in the retrieved donor lung 21. They found significant improvement in gas exchange in high-risk donor lungs and acceptable rates of primary graft dysfunction with similar outcomes to those with optimal transplanted lungs 21. In this way, marginal donor lungs, previously deemed to be unacceptable, could be reconditioned and safely be used for lung transplantation, providing promising means of augmenting the number of lung transplants 22.

The field of myocardial and pulmonary protection will continue to evolve as the population of patients being offered cardiac surgery changes. Patients with advanced lung and heart diseases are being operated upon with expectation of improved outcome. We are switching from an era with major advancements in myocardial protection to combining myocardial and pulmonary preservation during heart surgery. Research on heart and lung transplantation will help clarify several questions in regards to beating heart techniques with concomitant lung perfusion/ventilation, and myocardial and lung protection. I look forward to the next evolutionary step in the pursuit of “ideal method” of myocardial and lung preservation during conventional heart surgery and heart/lung transplantation.

I would like to acknowledge the assistance of Francisco Igor B. Macedo, MD, and Si M. Pham, MD, from the Division of Cardiothoracic Surgery, University of Miami Miller School of Medicine and Jackson Memorial Hospital, Miami, FL, USA for their valuable assistance in preparing this Editorial.

Tomas A. Salerno, MD, has revolutionized many techniques used in cardiovascular surgery, including warm blood cardioplegia, simultaneous antegrade/retrograde heart perfusion, and beating heart valve surgery, the way many surgeons operate nowadays. He has evolved his techniques and efforts in lung protection during CPB. Currently, he is Tenured Professor of Surgery, Vice-Chair of Department of Surgery/Faculty Mentoring and Development, and Chief of Division of Cardiothoracic Surgery at the University of Miami Miller School of Medicine and Jackson Memorial Hospital.