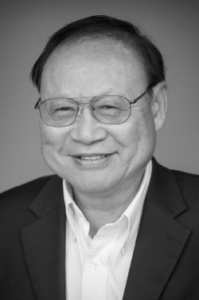 This memorandum is based on more than a quarter century of research and development which I have devoted to this field in collaboration with many gifted and dedicated colleagues.

To begin with, in the early 1980s it became very clear that the potential for HIV transmission through blood transfusions would become a very major public health crisis unless something could be done about the problem—thus calling for dramatic acceleration in the development of a safe alternative to blood transfusions. In 1986, I contributed to the development of a means for eliminating the vasoconstrictive activity of conventionally purified hemoglobin, which vasoconstriction was considered to be one of the major stumbling blocks in the development of hemoglobin-based oxygen carriers (HBOCs) 1.

Then, in 1987, I was able to demonstrate that the vasoconstrictive activity of hemoglobin solutions can be reduced by purification through the use of ATP-agarose affinity chromatography 2. Subsequently, I developed: (i) various scaled up purification technologies for hemoglobin; and (ii) a ring opened raffinose (o-raffinose) as a universal novel hemoglobin conformation stabilizer, an intra-subunit and intermolecular cross-linker, yielding a polymerized hemoglobin called “HemoSafe” and later trade marked as “HemoLink” 3.

In 1988, following my demonstration at the National Institutes of Health (NIH) of the heat inactivation of added HIV that was achieved without affecting the integrity of o-raffinose cross-linked carboxy-HemoSafe, I was invited by the NIH to present these results to the public health and private investment community, which I did. This presentation constituted a breakthrough in the field, and the ensuing public attention enabled me to raise venture capital and to form a corporate partnership to launch the company known as Hemosol, Inc. Hemosol went public in 1992.

After the initial public offering of Hemosol, I retired, but I continued to try to answer the fundamental question of whether or not hemoglobin toxicity can be tamed 4. Based on work that I did at that time, I organized a preinvestigational new drug meeting with the Food and Drug Administration (FDA) which was attended by the NIH. At that meeting a data package was presented to the FDA on the topic of taming hemoglobin toxicity with nitroxides in polynitroxylated dextran hemoglobin (human) (PNDxHb aka “HemoZyme”). This presentation led to an invitation to present “The Taming of Hemoglobin … .” at the Xth International Symposium on Blood Substitutes in 2005 5.

Unfortunately, novel nitroxide taming technologies in the preclinical research stage cannot overcome prior negative results from advanced clinical trials of HBOCs, without using a “tamed” hemoglobin. As a result, ultimately in 2008 the NIH published a meta-analysis of all HBOC clinical trials for which such clinical trial data were available, and based on the analysis of all then available data, the NIH concluded that the use of HBOCs is associated with a significantly increased risk of death and myocardial infarction 6. The presentation of the meta-analysis, along with those presented by industry and academia at this workshop, led the FDA to formally suspend all advanced clinical trials of current generation HBOCs in the United States 7.

However, in 2011 the then still unmet medical needs in critical care and transfusion medicine led an NIH/FDA/DOD Interagency Advisory Group to put forth a challenge for scientists to pursue the development of next-generation HBOCs, as a higher therapeutic index blood substitute, in one or more of the following three areas for treatment of unmet medical needs: (i) a bridge to transfusion; (ii) an alternative to red blood cell transfusion; and (iii) some novel therapeutic opportunities where red blood cell transfusion was then not yet an accepted therapeutic measure 8. In response to this challenge and in collaboration with Dr. Li Ma, we advocated that an increased therapeutic index could be achieved by the use of nitroxide-tamed hemoglobin uniquely formulated and supported by specific therapeutic mechanisms and efficacies 9–11. In fact, nitroxide-modified HBOCs were demonstrated in preclinical model studies to be neuro-vascular protective against hemoglobin toxicity and oxidative stress injuries, resulting in improved efficacies through the correction of inadequate blood flow in hemorrhagic shock (HS), traumatic brain injury complicated with HS, sickle cell disease, and stroke 12–14.

Our long journey in developing nitroxide-modified HBOCs as a therapeutic drug, a safe bridge to transfusion, and an alternative to blood transfusion may now be coming to a successful conclusion based on the now confirmed development of these new therapeutic concepts and formulations.

I envision that the fresh intellectual property regime we have pursued, the public funding we have achieved, and the collaborative peer-reviewed publications in leading scientific journals will support collaborative commercialization with blood banks and others. These initiatives are specifically intended to take full advantage of the decades of development experience and existing infrastructure which Dr. Li Ma and I have achieved together. We are hopeful that we can very soon deliver these various products to needy patients through the energetic pursuit of an FDA fast track approval process, a process available to us as a consequence of these therapeutic blood substitutes constituting “breakthrough therapeutics” under FDA definitions for such.

A distinguished research scientist and former university professor, Dr. Carleton J.C. Hsia is the Chairman & CEO of SynZyme Technologies LLC and NanoBlood LLC, California-based biotech companies. Dr. Hsia received his PhD degree in Biochemistry and Biophysics from the University of Hawaii and was a Professor of Pharmacology and Biochemistry at the University of Toronto, School of Medicine. He was founder and Vice President of Research & Development for Hemosol, Inc., a New York/Toronto publicly traded company focused on developing a first-generation blood substitute. Dr. Hsia holds 12 US and international patents. He is active in the development of nano red blood cells for orphan indications such as sickle cell disease and traumatic brain injury complicated by hypotension.